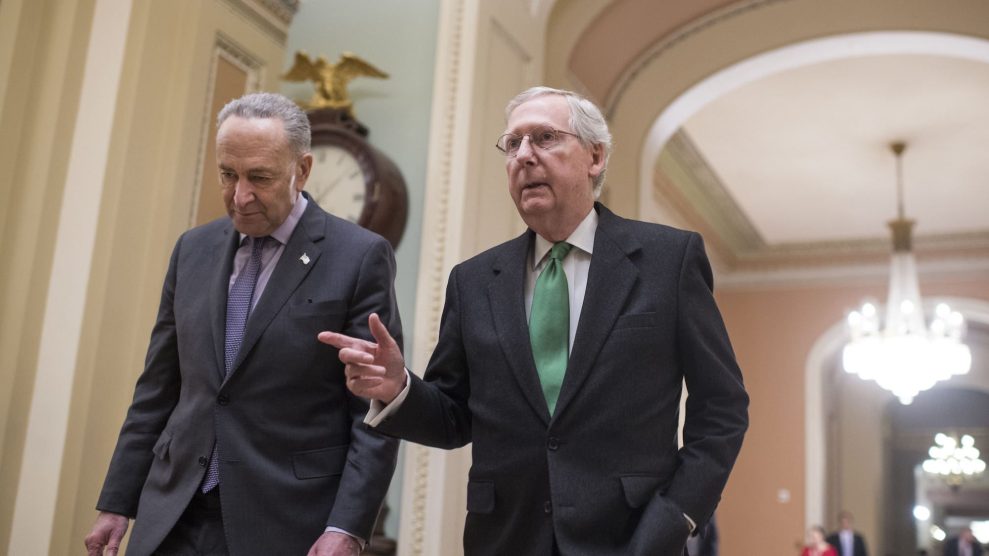 For indispensable reporting on the coronavirus crisis and more, subscribe to Mother Jones’ newsletters.

This piece was originally published in Grist and appears here as part of our Climate Desk Partnership.

After more than a week of squabbling over what should go into the third coronavirus relief package, the White House and Senate leaders reached a compromise on Tuesday night. And while no climate-friendly provisions made it into the $2 trillion stimulus bill, it wasn’t necessarily bad news for the planet either.

In the days leading up to this near-final bill, much of the debate centered around Democrats’ attempts to include certain green provisions, like support for the struggling renewable energy industry, and a requirement that a bailout for airlines be contingent on emission reduction promises.

The fight broke down into a sandbox tussle on Monday when Mitch McConnell accused Democrats of delaying relief for hospitals and struggling Americans in their pursuit of the Green New Deal, while Democrats argued that if the government was going to bail out the oil industry by purchasing $3 billion of oil for the Strategic Petroleum Reserve, why not help other hurting energy industries, too? The clash seems to have ended in a draw, as neither the oil bailout nor any clean energy or emissions reduction measures are in the most recent version of the bill. The only thing that stuck was $32 billion for the airline industry—no strings attached.